Stats Bonanza: Records That Could Tumble at the Euros

Euro 2020 (it’s still being called that for sponsorship reasons because, you know, UEFA) will get underway in a couple of weeks, and it promises to be an exciting feast of football. Well, maybe. Some have talked about a sense of football fatigue among fans this season. Perhaps it’s the relentless scheduling and television coverage, or even a sense of jadedness after the Super League fiasco, but there isn’t as much excitement as usual for the Euros. Certainly, the British tabloids have not been at their chest-thumping best in the run-up, although that will certainly come.

Nevertheless, for fans of stats (yes, they exist), another major tournament means more interesting records will fall, as well as the rush to update countless Wikipedia pages. If you want to test yourself on naming every winner of the Euros, or every team qualified for this tournament, you can find them in these sports quizzes. But we want to deep-dive into the nitty-gritty of the stats, and question which records might – and surely will – fall this summer.

Two men share the record for all-time top scorer at the tournament, Cristiano Ronaldo and Michel Platini, both of whom have nine goals each. Ronaldo, of course, will be front and centre of Portugal’s plans to retain the trophy, whereas Platini will be front and centre of his living room as he is banned from all football activity until 2023. To be fair, Platini’s record is very impressive. His nine goals came in just five games at Euro ’84. Ronaldo, meanwhile, has played 21 matches. Antoine Griezmann has six goals at the Euros, so he might have a sniff at the record, although he would have to outscore Ronaldo by four.

Those 21 appearances are also a record for a player at the Euros. Naturally, he also has the most minutes (1,793). Should Portugal win at least one game, Ronaldo will also overtake Cesc Fabregas and Andres Iniesta (11) as the player to have appeared in most winning sides. Also, should Portugal win the tournament, Ronaldo will become the first player to appear in three Finals. Finally, Ronaldo will become the first player to play in five European Championships. If you want to be pedantic about it, Iker Casillas has ‘appeared’ at five Euros tournaments, but he had no game time for Spain’s squad in 2000 and 2016. 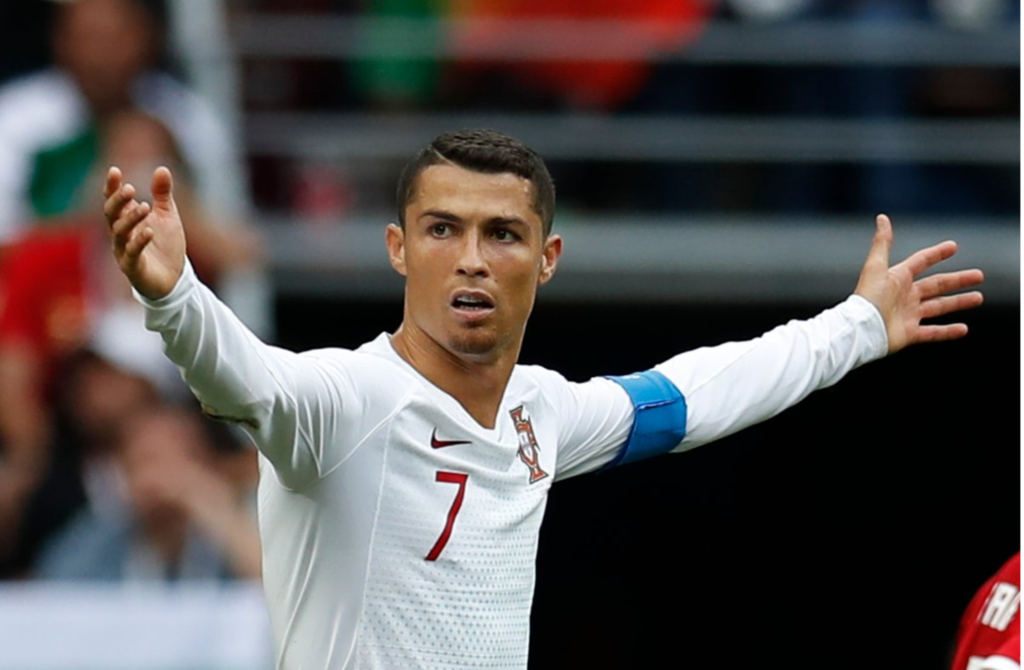 Bertie Vogts can claim to be the only person to win the European Championships as a player (1972) and as a coach (1996). But Didier Deschamps can emulate that by managing France to victory next month. He won as Les Bleus captain in 2000, of course. But there is another record that could fall here: France could become the first double-double reigning world and European champions. Let’s spell that out in simple terms: Three teams have held the World Cup and European Championship titles simultaneously: West Germany (Euro ’72, World Cup ’74), France (World Cup ’98, Euro 2000), Spain (Euro 2008, World Cup 2010, Euro 2012). So, France have a chance to become the first team to do it twice.

If either Germany or Spain win, they will go out on their own as four-time champions. France, of course, can emulate them with a victory. Germany have qualified for a record 13 tournaments (one more than Russia) and an incredible streak of 13 in a row. Joachim Low, who is stepping down from the German manager role after the tournament, will extend his record of 17 games managed in the tournament, and any German victories will add to his 11 wins – the most by any manager.

Finally, two nations will play at the Euros for the very first time – Finland and North Macedonia. They become the 34th and 35th teams to make a Euros debut, leaving 20 in UEFA’s jurisdiction that have yet to qualify for the tournament. They will join Austria as the only qualified teams for Euro 2020 to have never recorded a win in the tournament. The Austrians have managed just two draws and four losses in their two European Championship appearances (2008 and 2020).