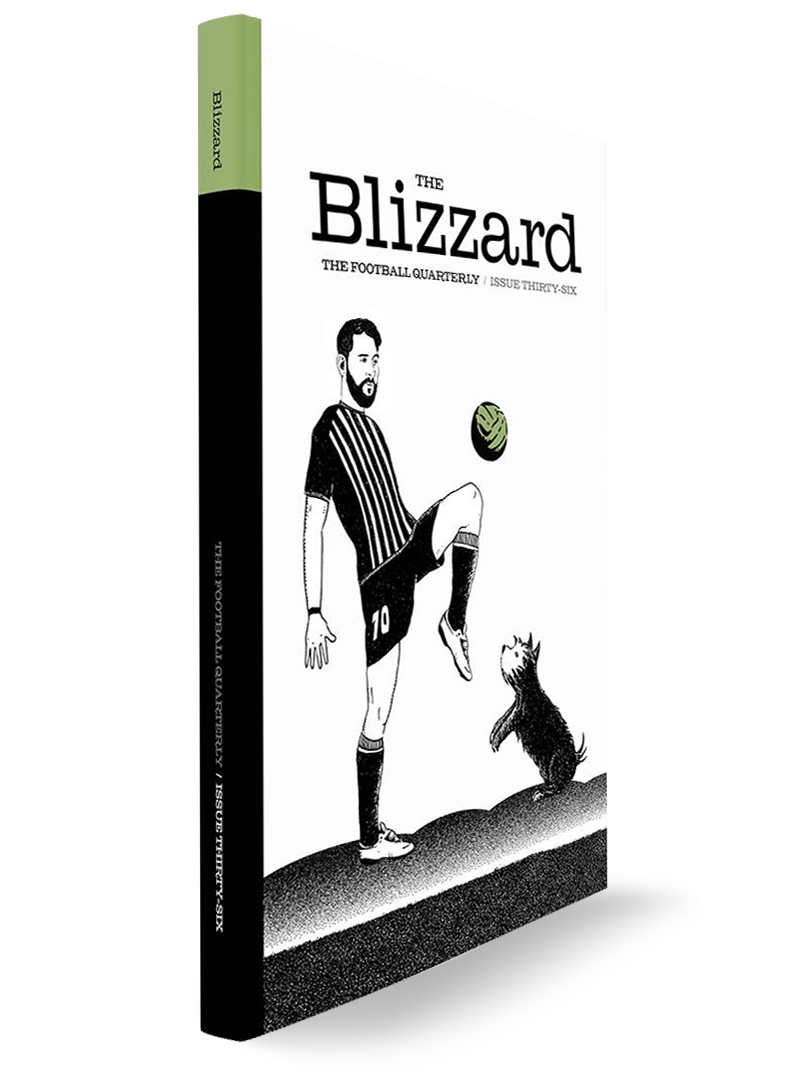 Released in March 2020, Issue 36 contains six sections of articles including: Rob Bagchi on how Bielsa’s honesty re-energised Leeds United, Rayco González on why Simeone’s philosophy has ramifications beyond football, and Asker Hedegaard Boye on how last season’s Europa League final summed up the modern game.

Rebirth – Barley Nimmo
After a misguided merger and financial ruin, Sassari Torres Femminile are on their way back

My Friend, The Neo-Nazi – Colin McPherson
How an away game in East Germany brought a Scotland fan into contact with the far-right

The Super Club From Nowhere – Alex Hess
Was Anzhi Makhachkala a vanity project, a political ploy or just a very bad idea?

Glorious Foundations – João Tomaz
Otto Glória, the Brazilian behind the birth of the modern Benfica