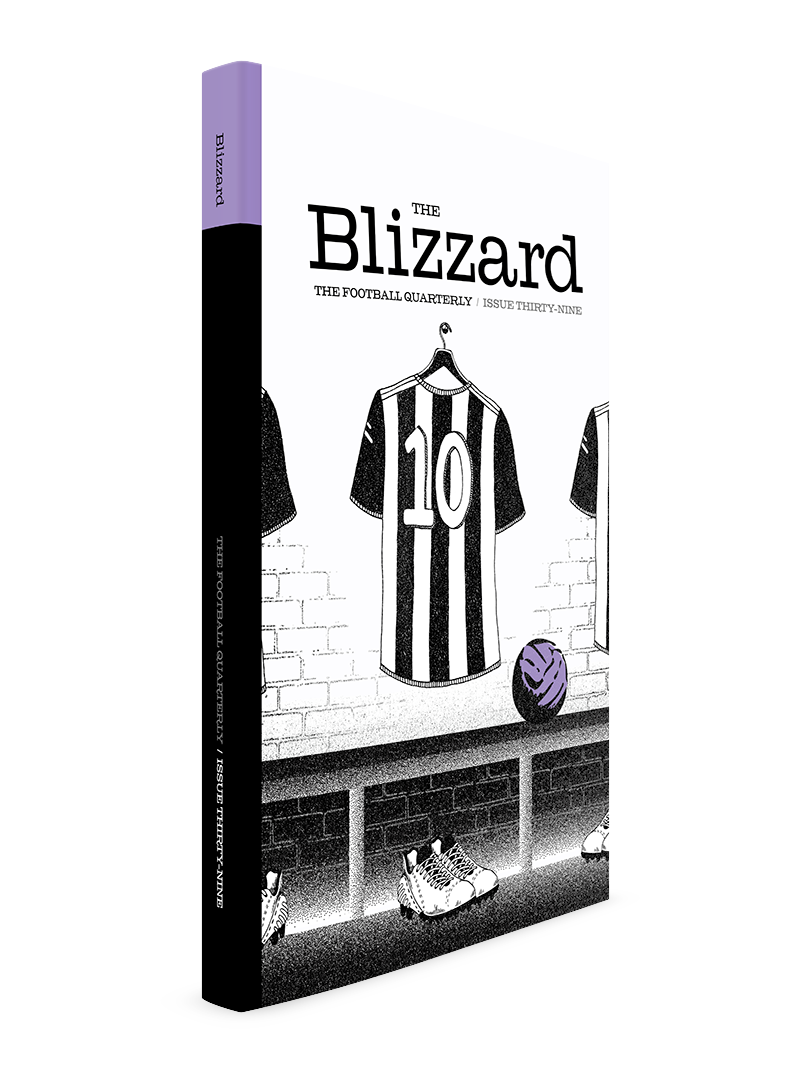 Released in December 2020, our next issue contains eight sections of articles including an analysis of some of football’s boldest talents such as Roberto Firmino and Leônidas; instances when football and politics intersected in the UK, Argentina, Georgia and Qatar; tragedy and surprise in the midlands and so much more.

The Stubborn City – Patrick Keddie
Trabzonspor’s ongoing battle for the Turkish title, on and off the pitch

The Crash – Chris Lepkowksi
The tragedy that costs Tom Silk his life, and West Brom a visionary director

Those That Can, Scan – Ben Welch
What do we mean when we speak of the “football brain”? Is there a sporting intelligence?