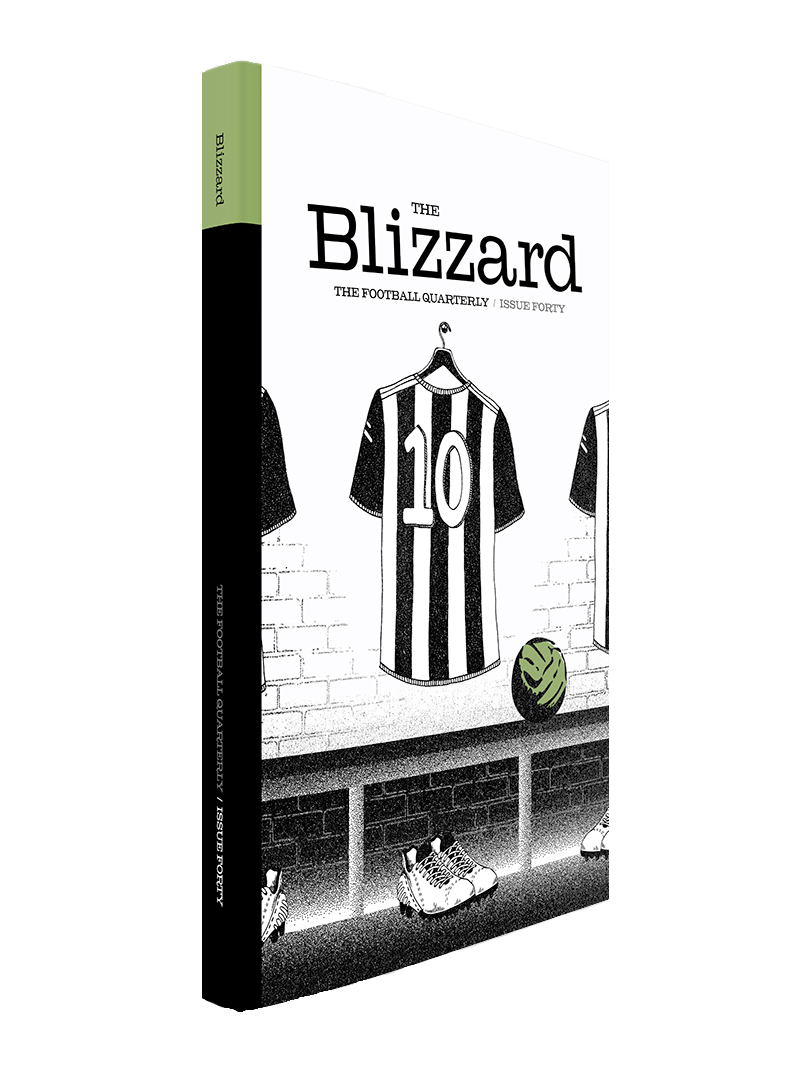 First published in March 2021, Issue Forty contains seven sections of articles including how the COVID-19 pandemic changed football, a look at a selection of infamous footballing individuals and an investigation of the Afghanistan women’s national team and their fight for justice.

Tanks, Corruption, Death – Igor Rabiner
The extraordinary story of the USSR’s first professional club and the collapse of Communism

A Foot in Each Camp – Simone Pierotti
An interview with Edgar Castillo, the only man to play for the USA and Mexico

Left Fist Forward – Ben Welch
How does confidence affect players and to what extent does it matter?