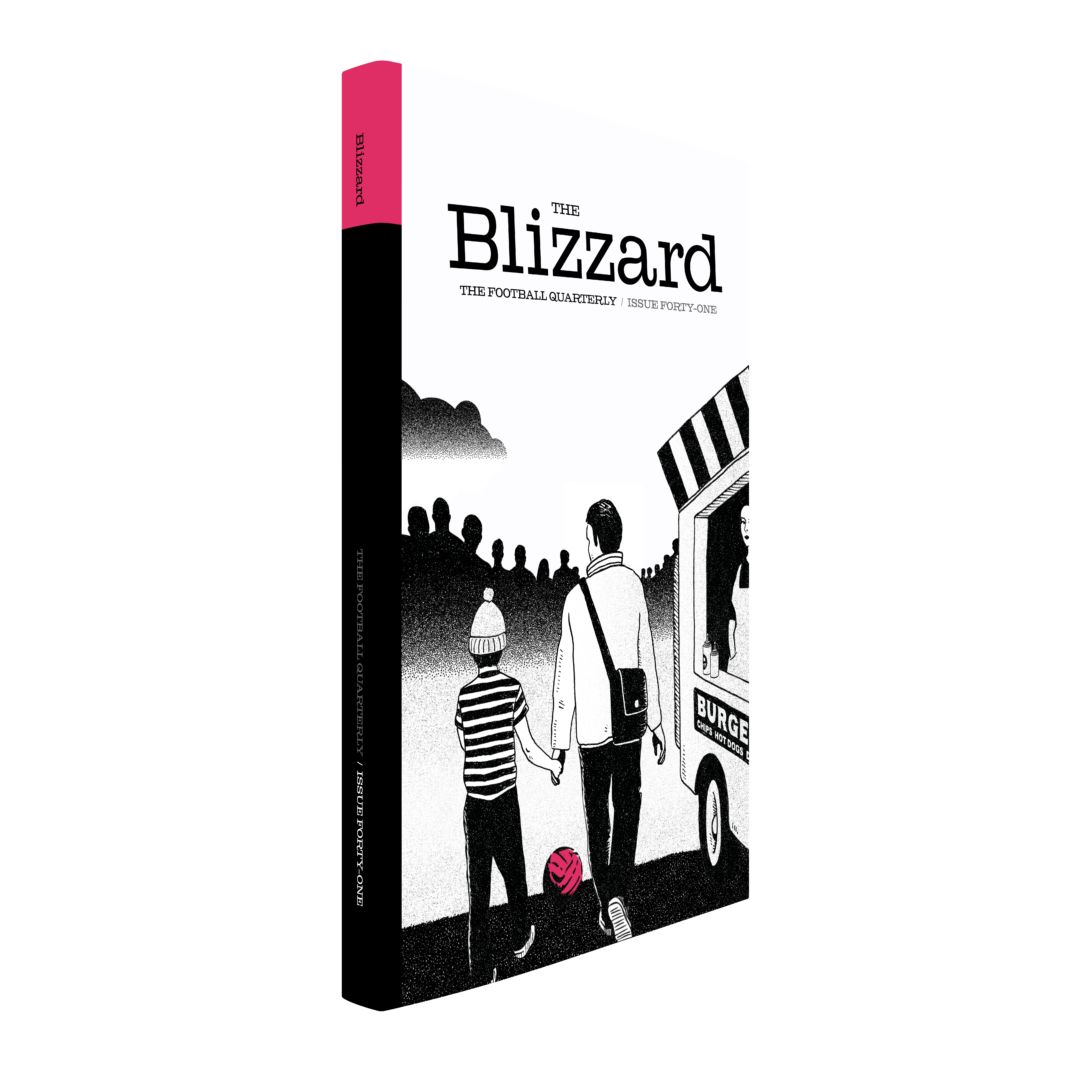 To be published in June 2021, Issue Forty One contains eight sections of articles including how escaping Roland Duchâtelet took Charlton to the edge of extinction, how recent handball controversies have made football ask what it believes law to be and a selection of players who have abandoned one club to join their biggest rivals.

The Forgotten Founder – Reiss Tigwell
Preußen Münster played in the first Bundesliga season. Where are they now?

The Liar – Ewan Flynn
Oxford United, Derby County and the rise and fall of Robert Maxwell

The Professionals – Gunnar Persson
Oscar Berndtson, Per Kaufeldt and their groundbreaking adventures in France

An Effective Aggressor – Bill Hern and David Gleave
The story of Willie Clarke, the first black goalscorer in the Football League

Content Provider – Scott Oliver
When a wealthy state buys a Portuguese club, everybody has to make compromises