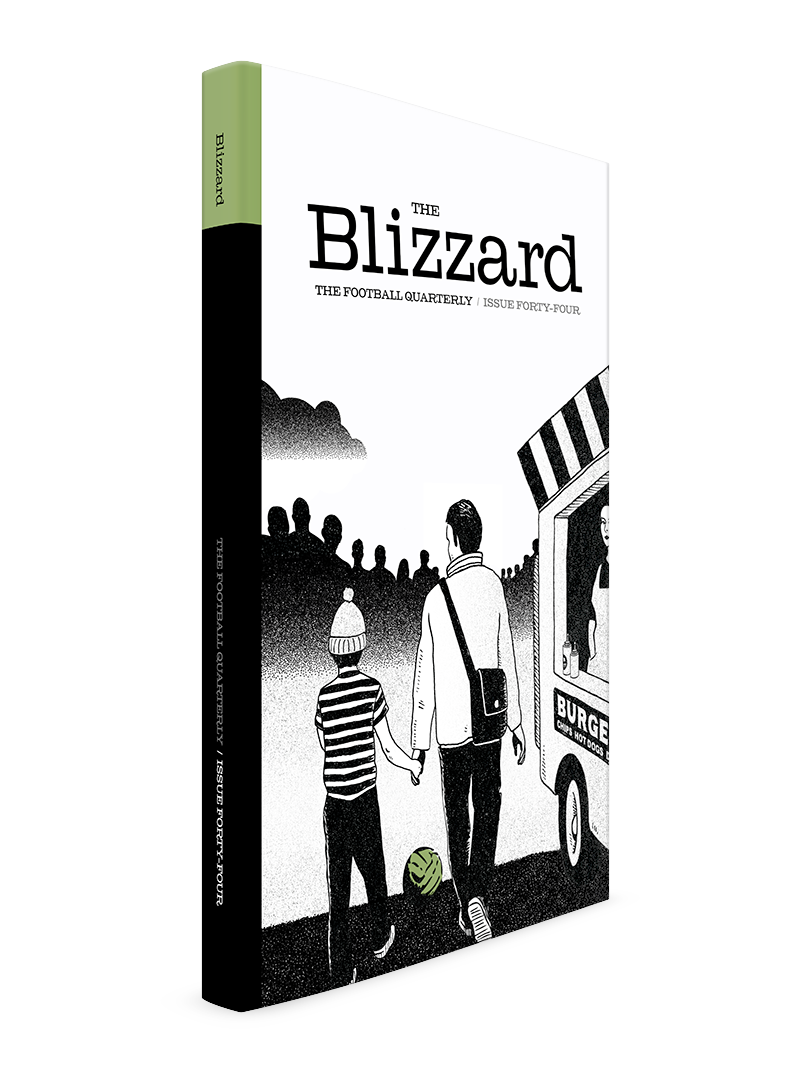 To be published in March 2022, Issue Forty Four and its six sections contains 19 articles including four pieces from the Africa Cup of Nations; Sean Cole admires West Ham’s Youth Cup-winning squad of 1998-99; and Cameron Ponsonby on the lack of specialist punditry for goalkeeping.

Of Lions and Donkeys – Jonathan Wilson
Senegal celebrated their first Cup of Nations win, but this was a grim event stained by tragedy

Feet of Clay – Maher Mezahi
Algeria were Cup of Nations favourites but went out in the group. What went wrong?

The Master of the Dry Leaf – Peter Speetjens
Pelé was the star, but the creative hub of Brazil’s 1958 World Cup winners was Didi

End of the Road – Alasdair Howorth
Binga, the Malian second-division side who reached the play-off round of the CAF Confederation Cup

Light in the Darkness – Colin McPherson
A visit to Arbroath, where the traditional spirit of Scottish football burns bright

The Man who Brought Down Fifa – James Corbett
A tribute to Andrew Jennings, who exposed the dark heart of global sports administration

The Match of Myth – Dan Billingham
In 1941 Rapid Vienna beat Schake 04 to win the German title, but was it fixed?

The Edge of Failure – Cameron Ponsonby
Goalkeeping is a specialised position, so why isn’t it subject to specialised punditry?