The following photos are a selection from a broader photo essay first released in Issue 33.

In today’s big-money football industry, the focus is typically on star players and managers. We saw the 2016-17 FA Cup, the game’s oldest cup competition, as an opportunity to reverse the camera and capture fan culture from grassroots up to the top teams, taking you on a footballing rite of passage. Unusually, the oldest footballing competition in the world is open to all clubs from the top 10 tiers of the English football league system.

Starting at London Tigers v Sun Sports in the Extra Preliminary Round and following each winner to the next stage, we travelled a combined total of more than 3,000 miles over 10 months, taking in 13 rounds, 16 games (including two replays) and 47 goals. The smallest crowd we witnessed was 36, the largest 89,472. Que Sera Sera provides an anthropological look into football obsession, from grass roots to glory, in the country that brought football to the world. The series questions whether England’s pre-eminent domestic cup competition still retains its magic in the light of competition from top-flight football and the European cup competitions. 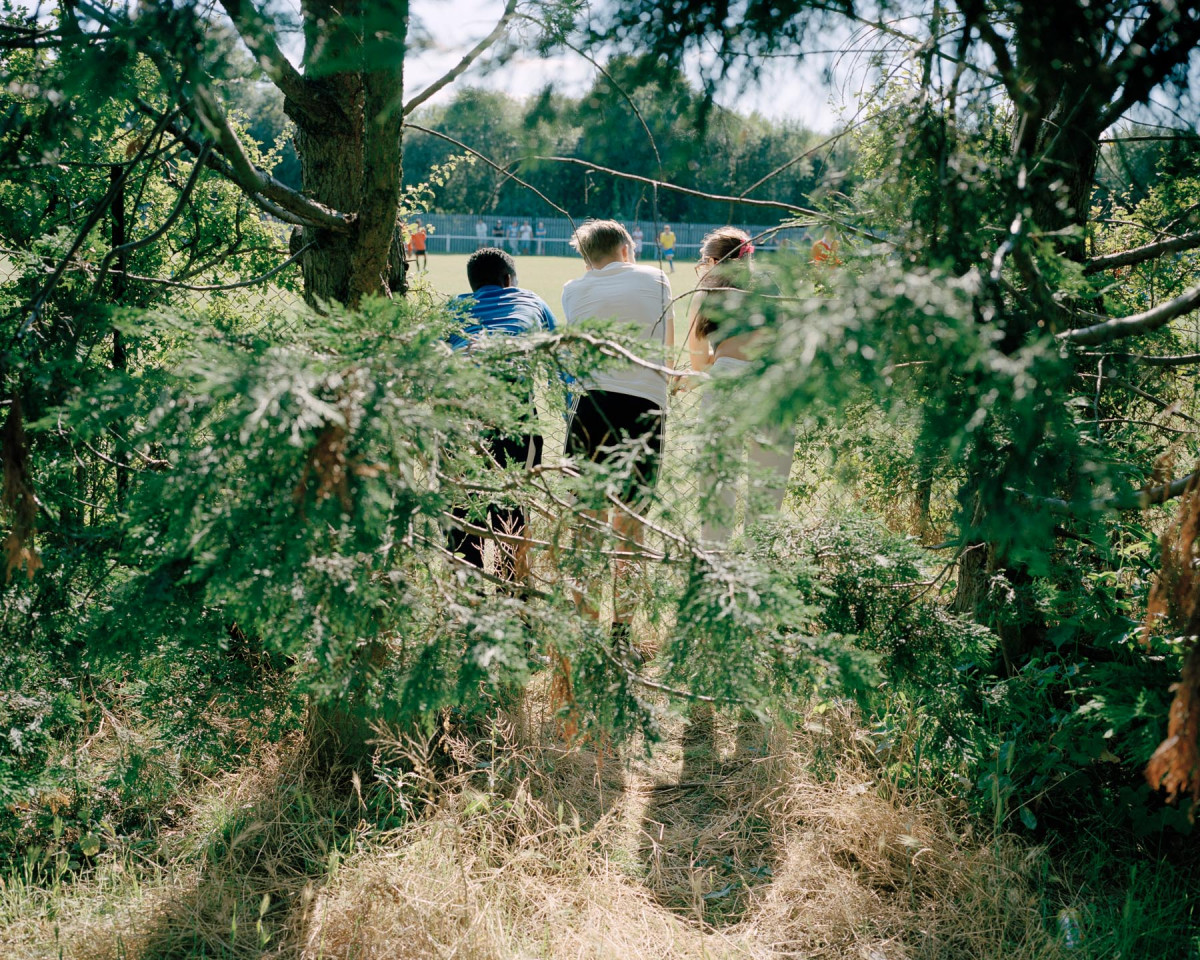 The opening FA Cup round is played in early August. London Tigers play Sun Sports at the Avenue Park Stadium, alongside the A40 motorway. 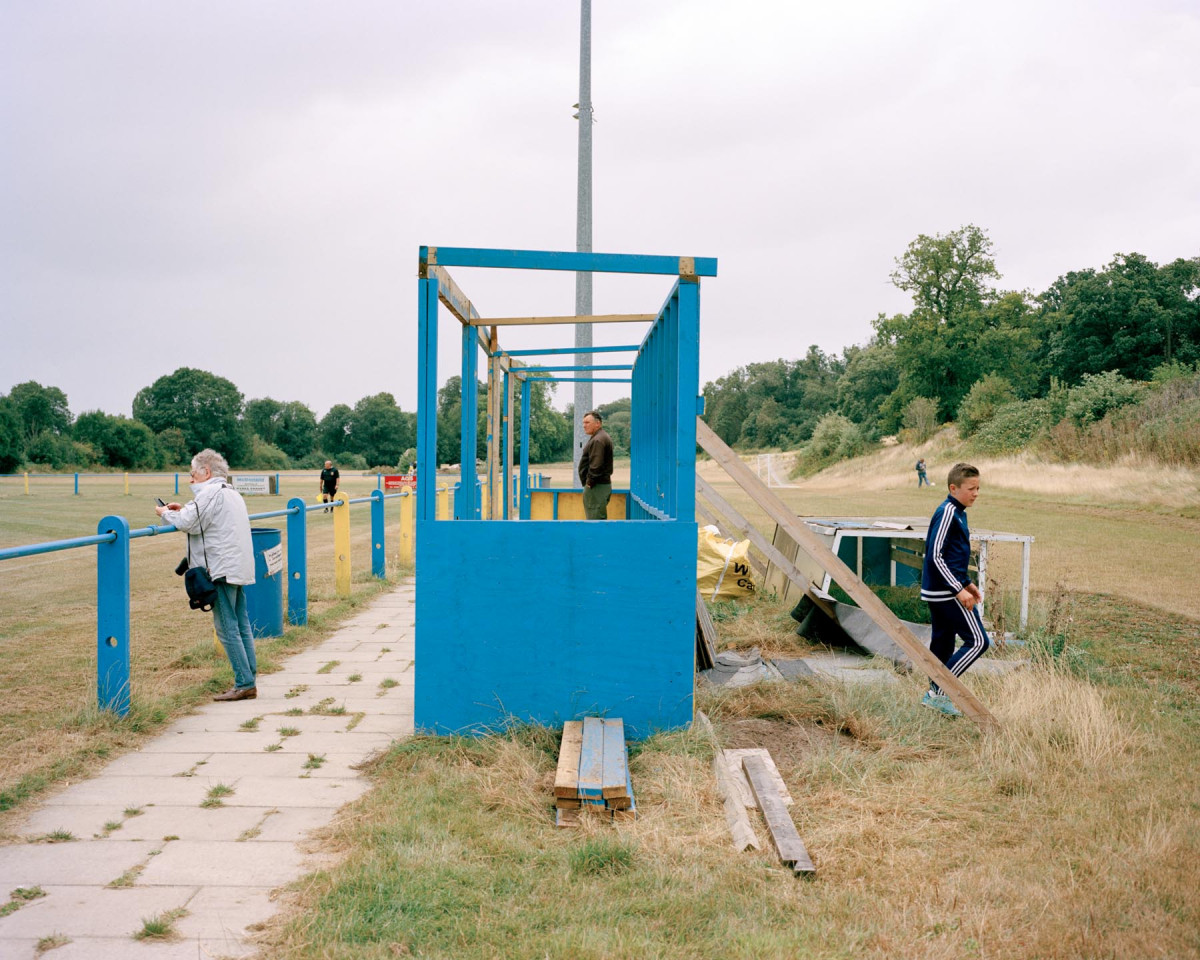 Sun Sports fans gather for their preliminary round tie against Northwood Town. 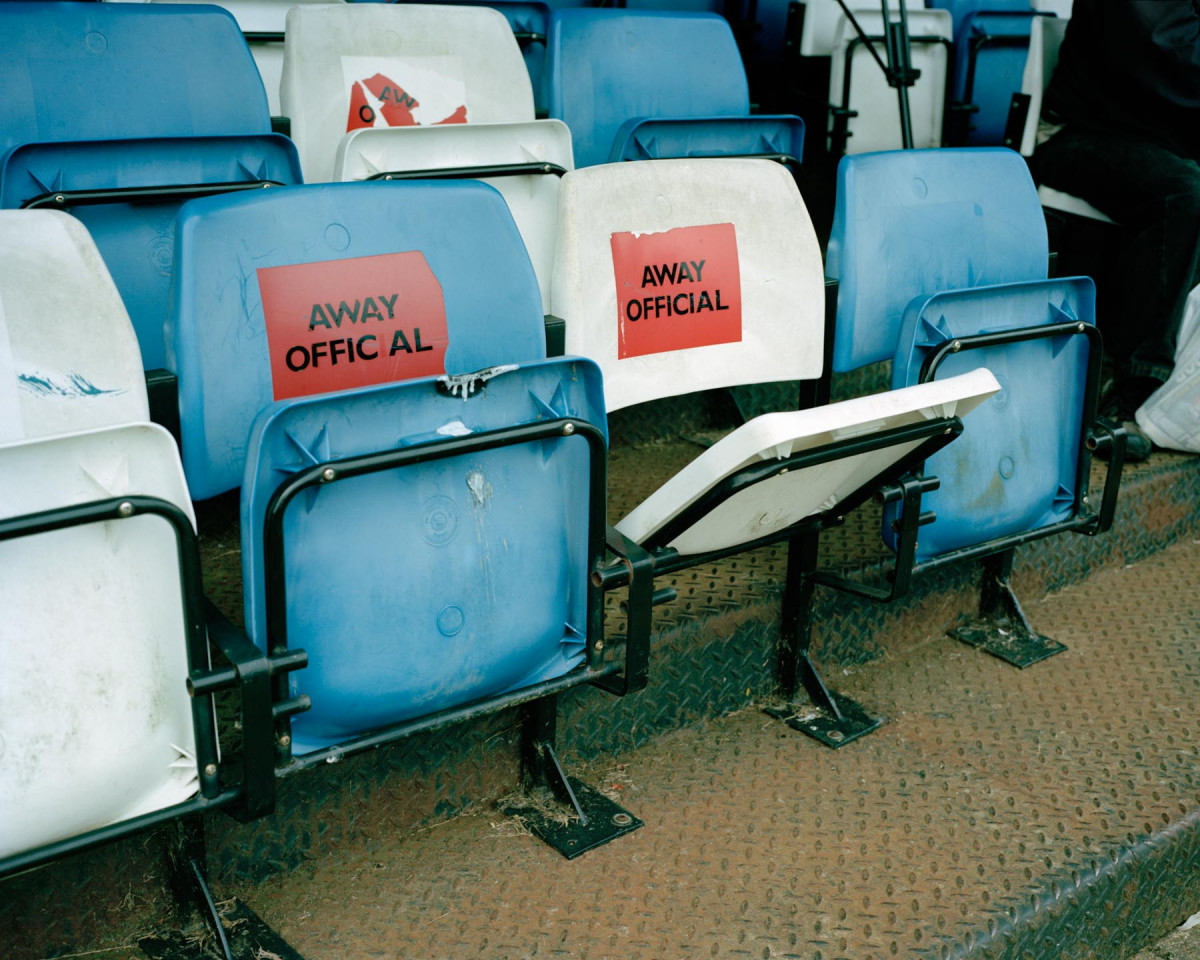 Seating designated for the away club officials at Farm Park, Hayes. 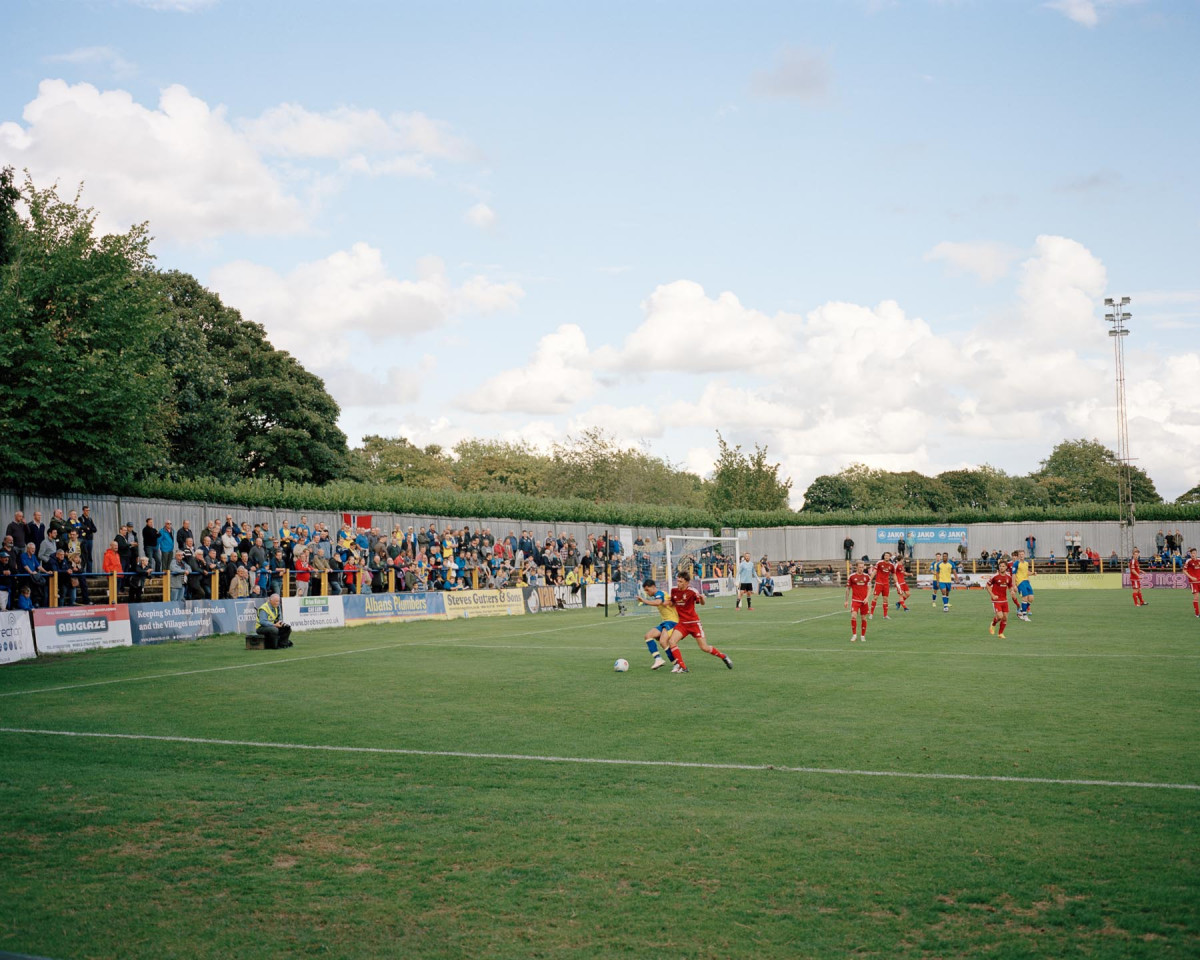 St Albans City battle against Worthing in the third qualifying round match. 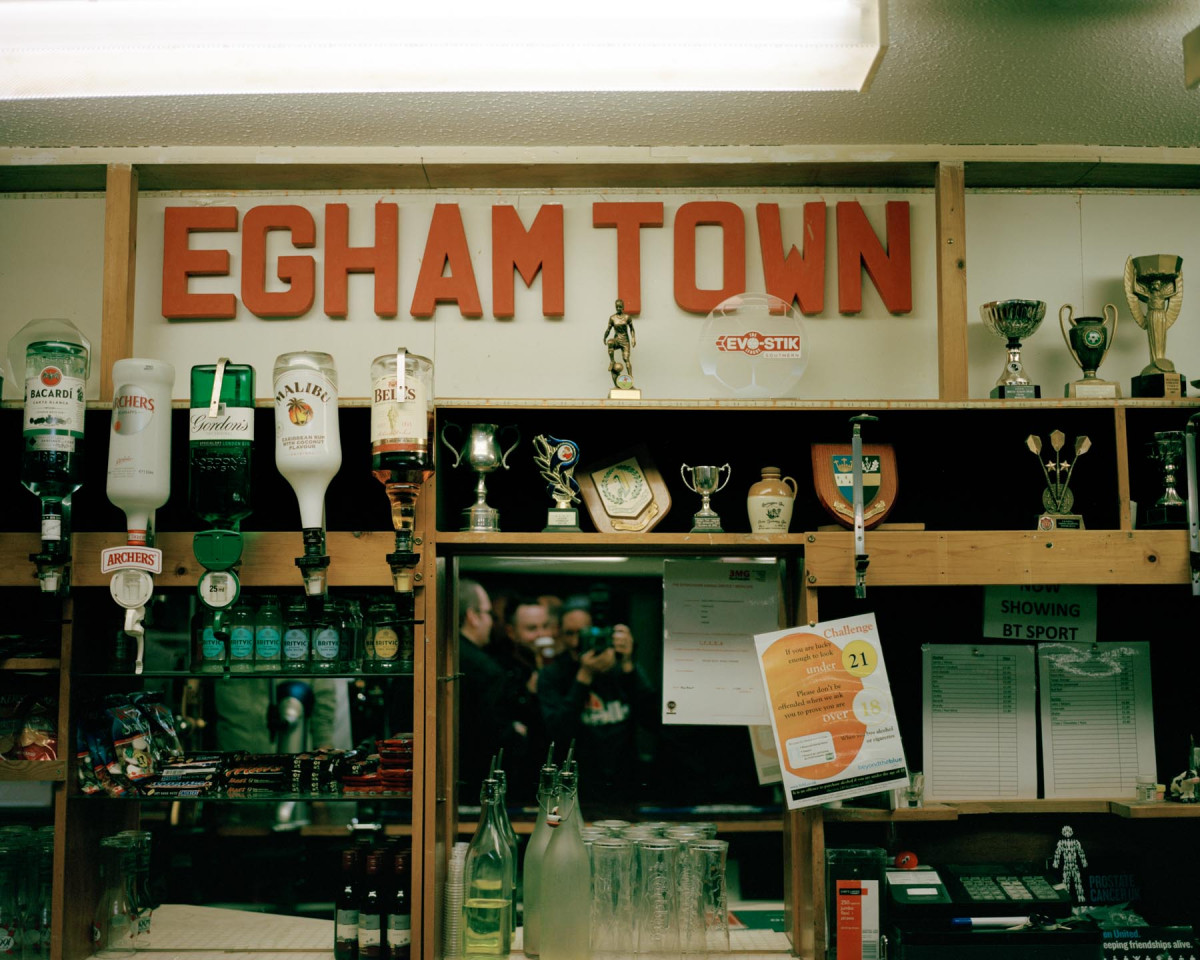 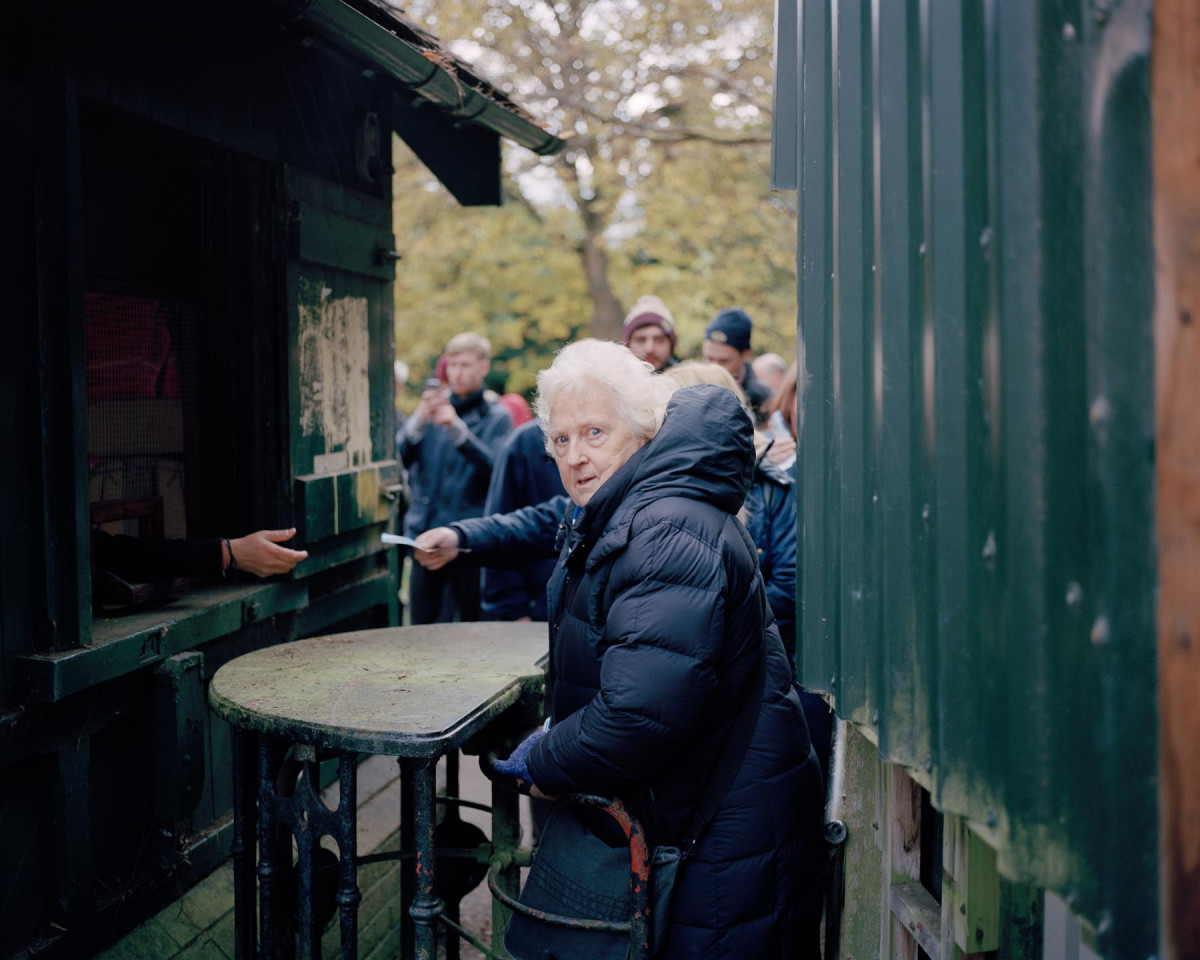 Clarence Park turnstile before the first round proper between St Albans City and Carlisle. 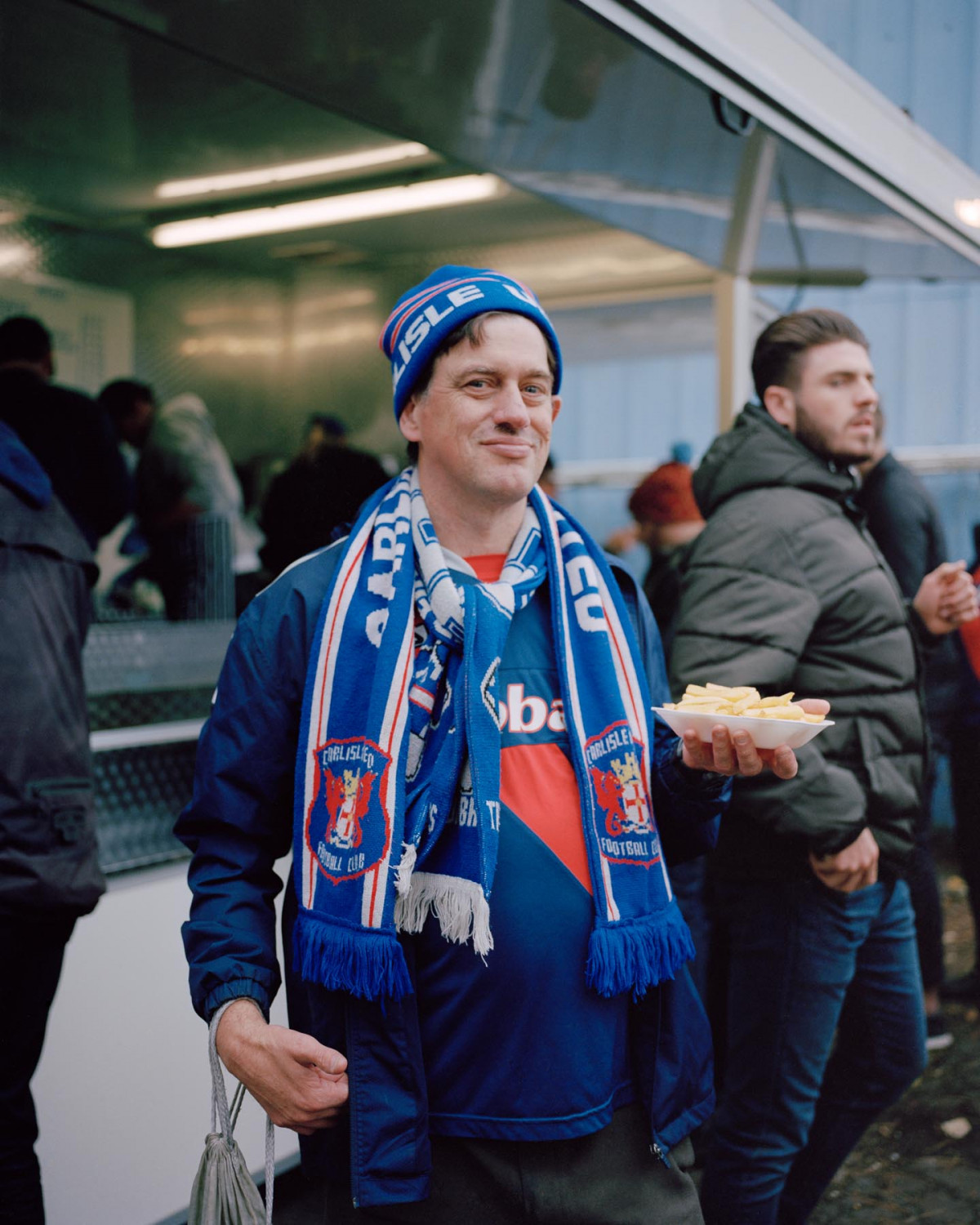 A Carlisle supporter in the half-time cafe queue at Clarence Park. 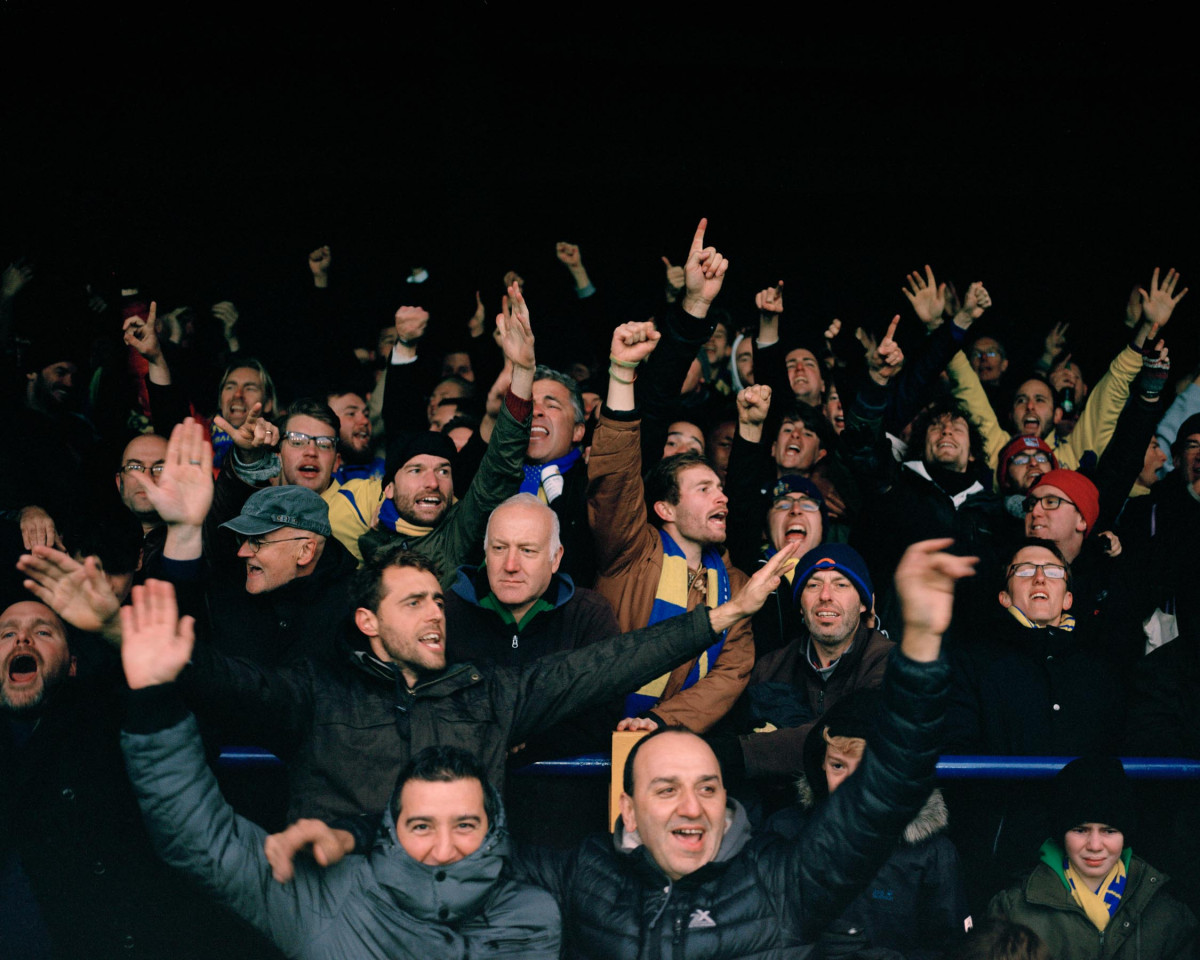 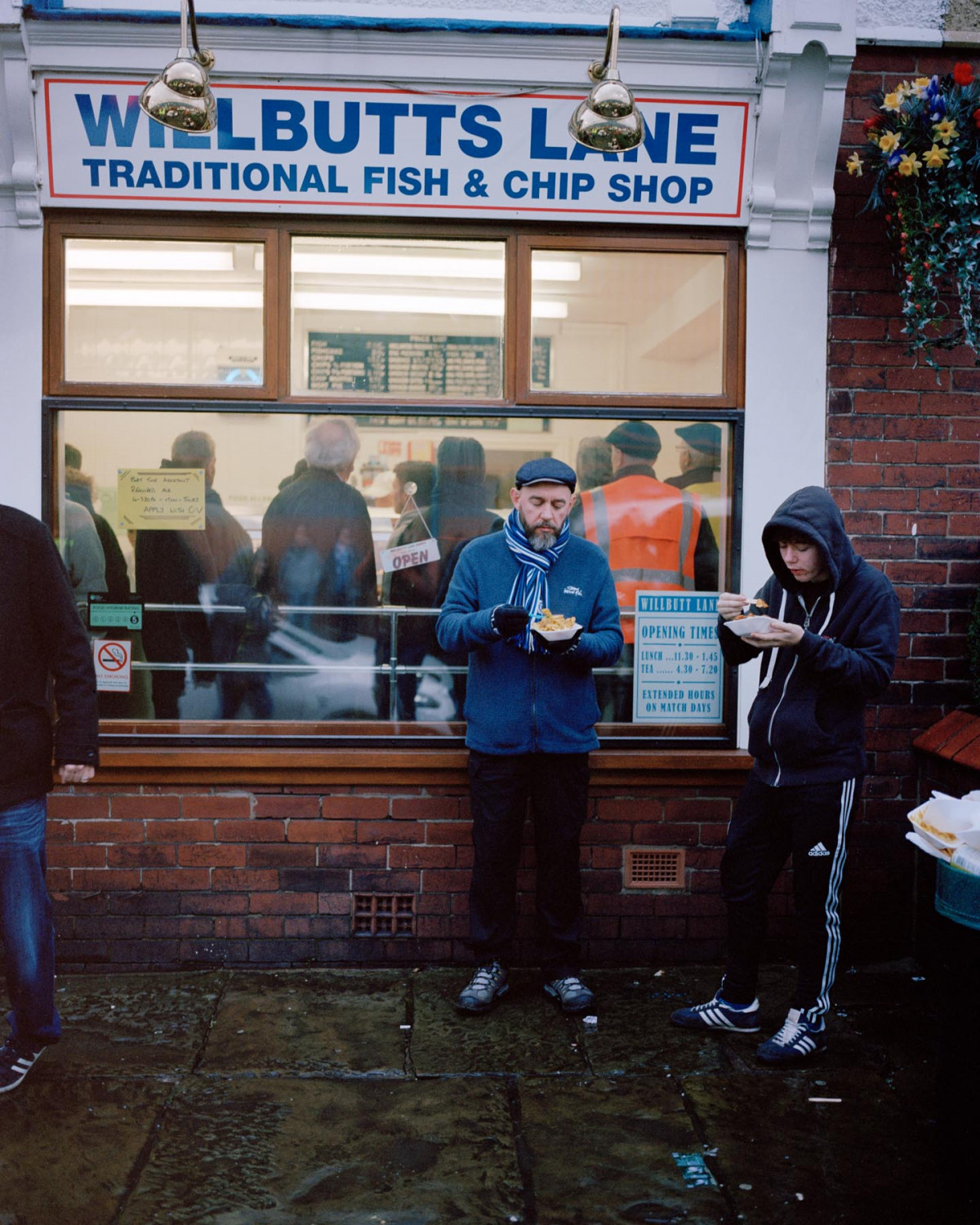 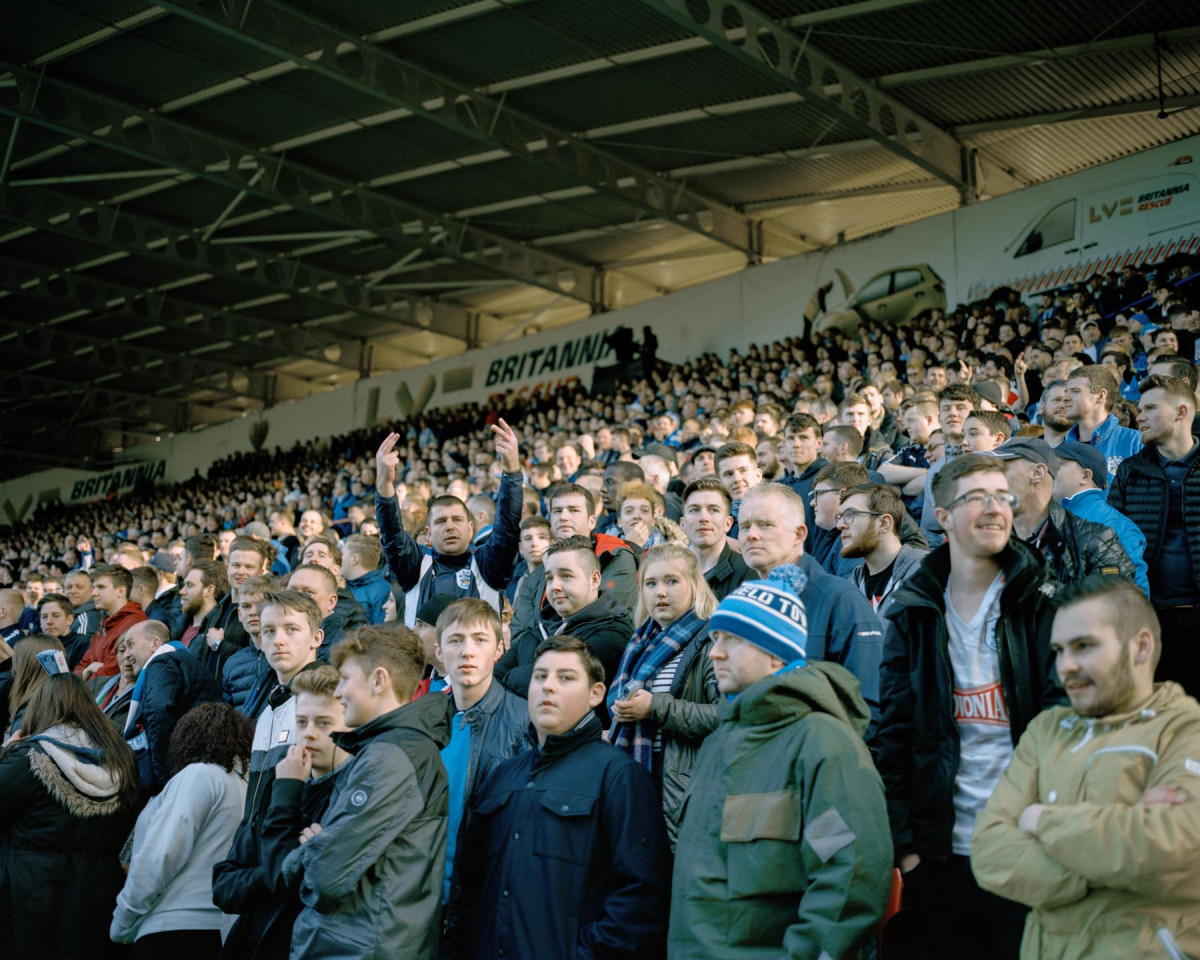 A lone Huddersfield fan in the Kilner Bank Stand lets the Manchester City faithful know exactly what he thinks about their chants. 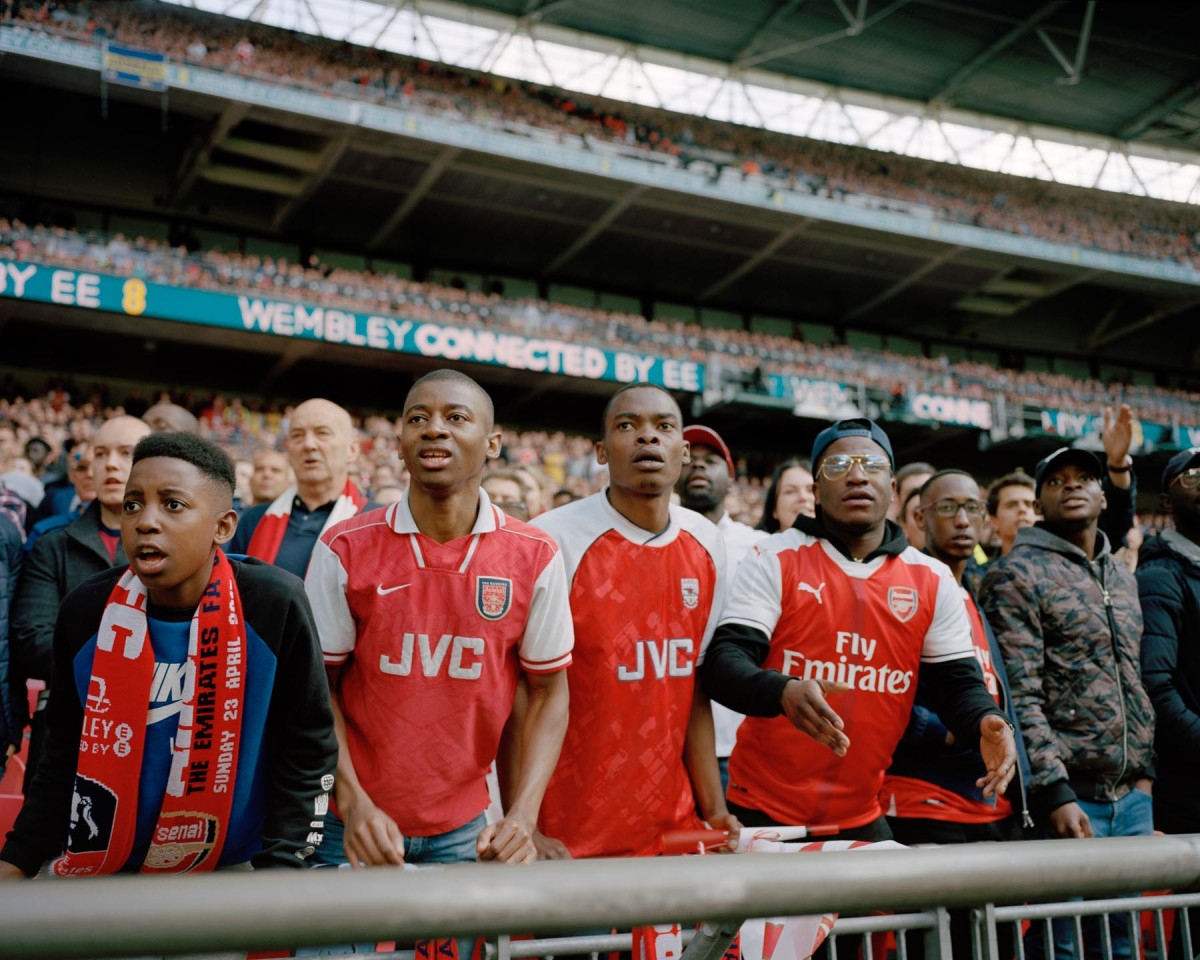 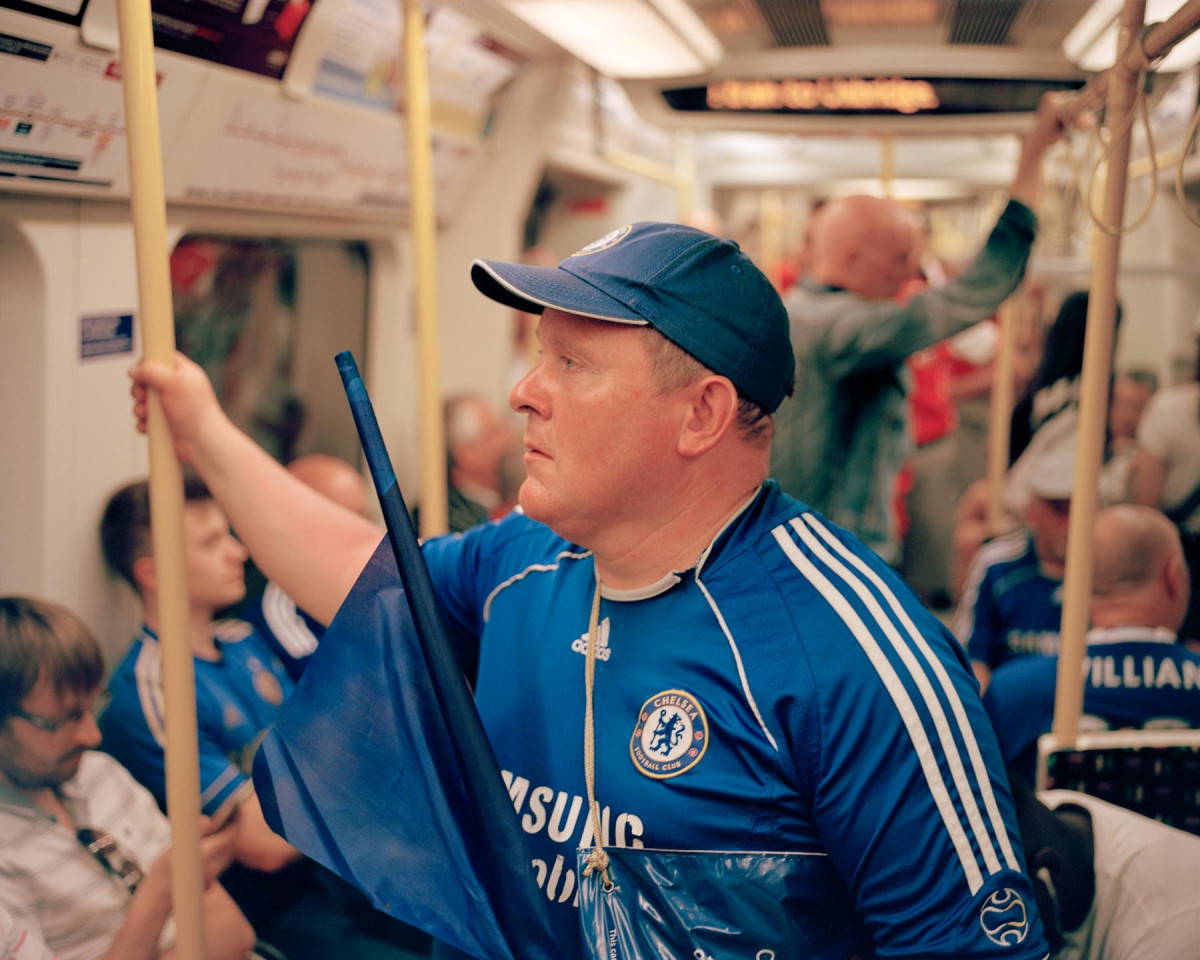 On the Metropolitan Line, a Chelsea fan makes his way to the final. 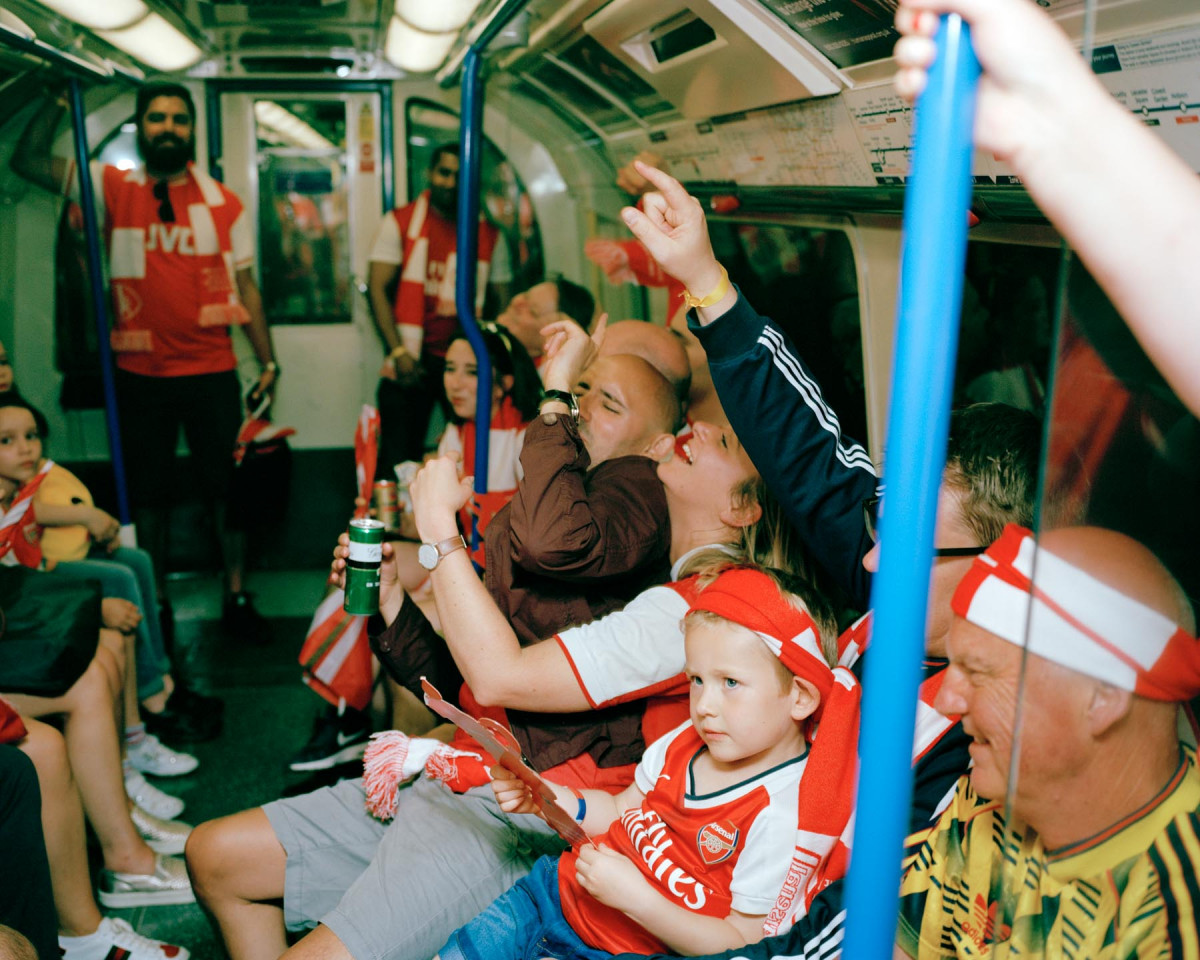 Arsenal fans on the Jubilee Line making their way home after their team’s 2-1 victory over Chelsea at Wembley.

These photos were taken from a broader photo essay first released in Issue 33.

Check out our latest release – including an analysis of some of football’s boldest talents such as Roberto Firmino and Leônidas; instances when football and politics intersected in the UK, Argentina, Georgia and Qatar; tragedy and surprise in the midlands and so much more – Issue 39.